The Curse of the Celestial Crown 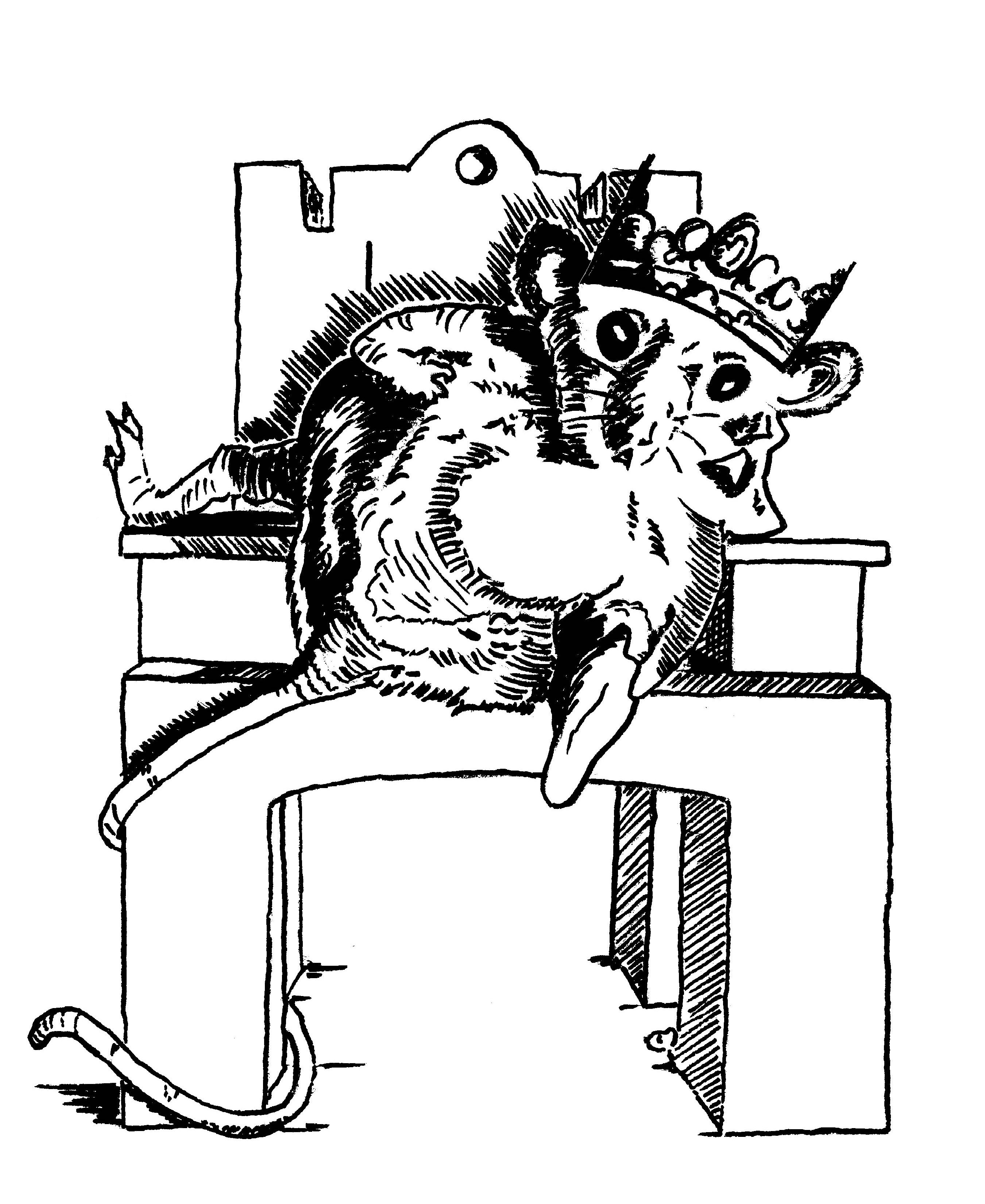 I created this story on a train trip to Harbin. A friend and I had decided to visit Heilongjiang province, largely to get exposure to the high-status Mandarin accent we were being taught at Jiao Tong, but that we didn't hear much outside the university.

We started with the observation that 'Dragon' is a much more useful word in Chinese than in English, appearing in numerous place names including Kowloon ('Nine Dragons') and Heilongjiang ('Black Dragon River'). We then tried to piece together the rest of the zodiac with a little help from our neighbors on the train.

The story below is what I came up with to fix the order in memory. 2020 is the first Year of the Rat since our trip, so I wanted to record the story both in honor of a lunar new year starting at the top of the cycle (rat) and at the top of a decade (2020), and also as a short example of an almost universally useful method for remembering things.

If you read the story below and try to visualize all the connections in it, you should be able to memorize the elements and order of the Chinese zodiac in a few minutes.

You, a private investigator and adventurer, have been hired to recover the Chinese zodiac, whose signs have fallen from the night sky. Your client is the Rat King, boss of the local underworld. You rendezvous with him in the Manhattan subway tunnels, where he has his lair.

When you arrive, the Rat King is sitting on his throne. You notice that he is holding a barbecue fork, with which he is tending something roasting on a spit. At his elbow is a large goblet of wine. You also notice that he is wearing a crown. On the crown glow twelve constellations.

"Yes, OK, I did it," the Rat King says, with a dismissive wave of the fork. "I stole the constellations and set them in this crown. It's dark down here and I needed something to improve the atmosphere."

"You're not here to investigate anything. The magic I used to capture the constellations invoked a curse that must be expiated."

Rat minions lead out an ox on a tether. One of them hands you a large sword. "Perform the ritual sacrifice," the Rat King orders. You raise the sword and cut the tether, then slap the ox with the flat of the sword so that it bolts and escapes.

Enraged, the Rat King throws his goblet of wine at you. "You'll regret this in the end!" he chitters.

The wine splatters in the dust, forming stripes that coalesce into a tiger that rises from the earth and turns on you with a roar. Fortunately, your parents taught you how to control a tiger — you leap and catch him by his toe. The toe comes off in your grip with a pop! and the tiger deflates, propelling him across the room like a balloon rocket, trailing alcoholic exhaust.

The white toe in your hand makes a little hop and starts to grow. Small white ears appear and grow longer. You notice a smell of mint as the fuzzy white object transforms into a rabbit's foot and then grows into a small rabbit. For a moment, you feel very lucky.

But the transformation continues. The ears turn black and crack, and leather wings push out. The cracks shatter completely and an enormous black dragon rears up from the remains, eyes glowing, mouth wide. Down its gullet you see a roaring flame.

You raise your sword and hack at the beast. Your luck guides your blows and you manage to slice off all four limbs and both wings.

You now face a snake, which presses its attack. You judge that it is time to make your escape. You leap onto your horse and ride for the tunnel exit, but at the last minute the snake strikes your horse's fetlock.

The horse stumbles, but carries you away. It grows feeble, shrinks, becomes skittish and frail, until your feet are dragging the ground and you realize that the snake's poison has transformed your horse into a goat.

You dismount at the edge of a forest. The goat bleats. A mass of trees detaches itself from its neighbors, looming high above the highest treetops. You recognize a giant monkey as it raises a massive fist. You dodge out of the way as the monkey pancakes the bleating goat.

The monkey raises its fist again, hunting for you. In that instant, the sun rises and a rooster crows, turning the monkey to stone.

You sit down, relieved. The rooster continues to crow and your relief gradually turns to annoyance. Eventually, you pick up a rock and throw it at the rooster to shut it up.

Back along the trajectory of the stone bounds a dog, who drops at your feet not the stone you threw, nor a ball, but a pearl, cast before swine as you slowly transform into a pig.

The Rat King reaches out from the beginning of this story to skewer you with his barbecue fork and set you on his spit to roast.

"I told you you would regret it in the end," he whispers.

The mnemonic link memory technique demonstrated above is relatively simple: create a series of icons that represent the things you want to remember, then have them interact with each other in a way that encodes their order.

It's easy in the case of a zodiac, but it's good practice to choose nouns as your icons, since they are natural agents (that is, they can do things). For the interactions (usually verbs), two extremes are useful: the bizarre and the boring.

By 'bizarre', I mean violent, gross, lewd, suprising, sad, disappointing, or otherwise exaggerated. These unexpected connections attach the nouns in a cartoonish thread where each item contains the hint for the next.

Very common, boring things (e.g., cliches, or proverbs) are also easy to remember — 'catch a tiger by the toe' and 'pearls before swine' are examples above.

It's also effective to include multiple senses in your imagery. Smell is especially evocative, and imagining sounds can require extra attention that helps ideas stick.

Make it easy to remember where to start by letting the first icon represent the whole set of things you want to remember. In this case, I use a crown to represent the zodiac, and put it on the head of the first character in the series, the rat. This gives me the beginning of the thread when I think 'zodiac', and keeps me from having to 'work backward' from whichever figure pops into my head first.

Finally, don't worry about filling your head with bizarre imagery. The connections are a kind of scaffolding; they eventually fall away and you 'just know' the things you wanted to memorize. So don't be afraid to be extreme when making connections — you don't have to tell anyone what they are, and you won't need them for long.